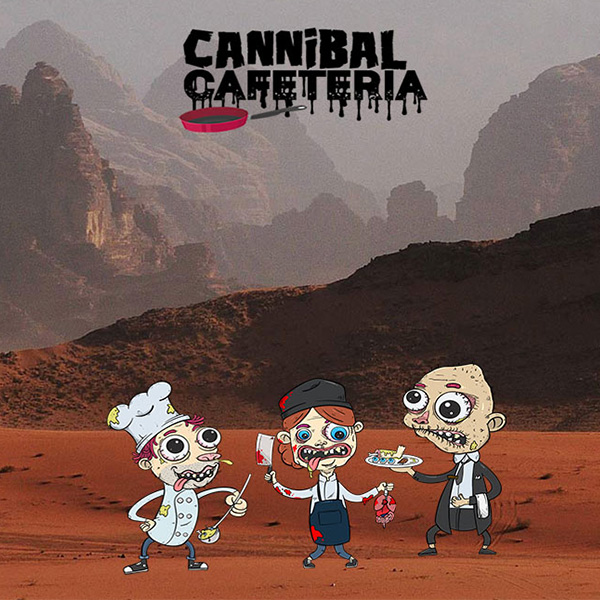 First, Questions because if you stumbled upon this page you have them. What the hell is Cannibal Cafeteria?

I started this website Creativity Combustion to accomplish three things.

2.) Explore the topic of creativity

I call each installment the show and it consists of these three things sprinkled with playlists and personal opinions.

What is Cannibal Cafeteria?

A fine dining restaurant concept on the planet Mars owned and operated by intellectual zombies. The award-winning team is run by head chef Phil Feek, sous chef Becky Barf, and general manager Moto. They fly to Earth to catch humans so they can serve them as entrees at the restaurant. The humans are flash-frozen to preserve and keep them fresh so no need to worry about spoilage.

I started off wanting to create an NFT and revisited an older idea called, “The Animal Shelter Bar”. That turned into the idea of creating a back story for the NFT collection. It really is just an impulse project because I need to feed my creativity.

Did you watch Dahmer – Monster on Netflix?

Believe it or not, I watched this series after creating this idea. Prior to watching the series I only knew the name Dahmer but not the crimes involved.

The Future of Cannibal Cafeteria?

This may be just one of those one-off projects and may never become an NFT because I’m not sure I want to put any money into minting or hosting the collection. It’s also pretty out there and I’m sure people will be grossed out by the thought of zombies eating humans.

Some thoughts on what I could see this turning into.

or scroll on down to see the pictures and entrees

The year is 2038 and humans arrived on Mars. As the months went on people started acting a bit strange and developing gross grimy hygiene. The “zombie” disease plague started and a taste for human flesh became normal. Brain size actually increased with this disease makes controlling this new species quite complicated for earthlings. Although gross in appearance this new species had a cultured elegance and enjoyed a proper dining etiquette when feasting on us. Thus Cannibal Cafeteria was established.

THE ZOMBIE CREW at Cannibal Cafeteria 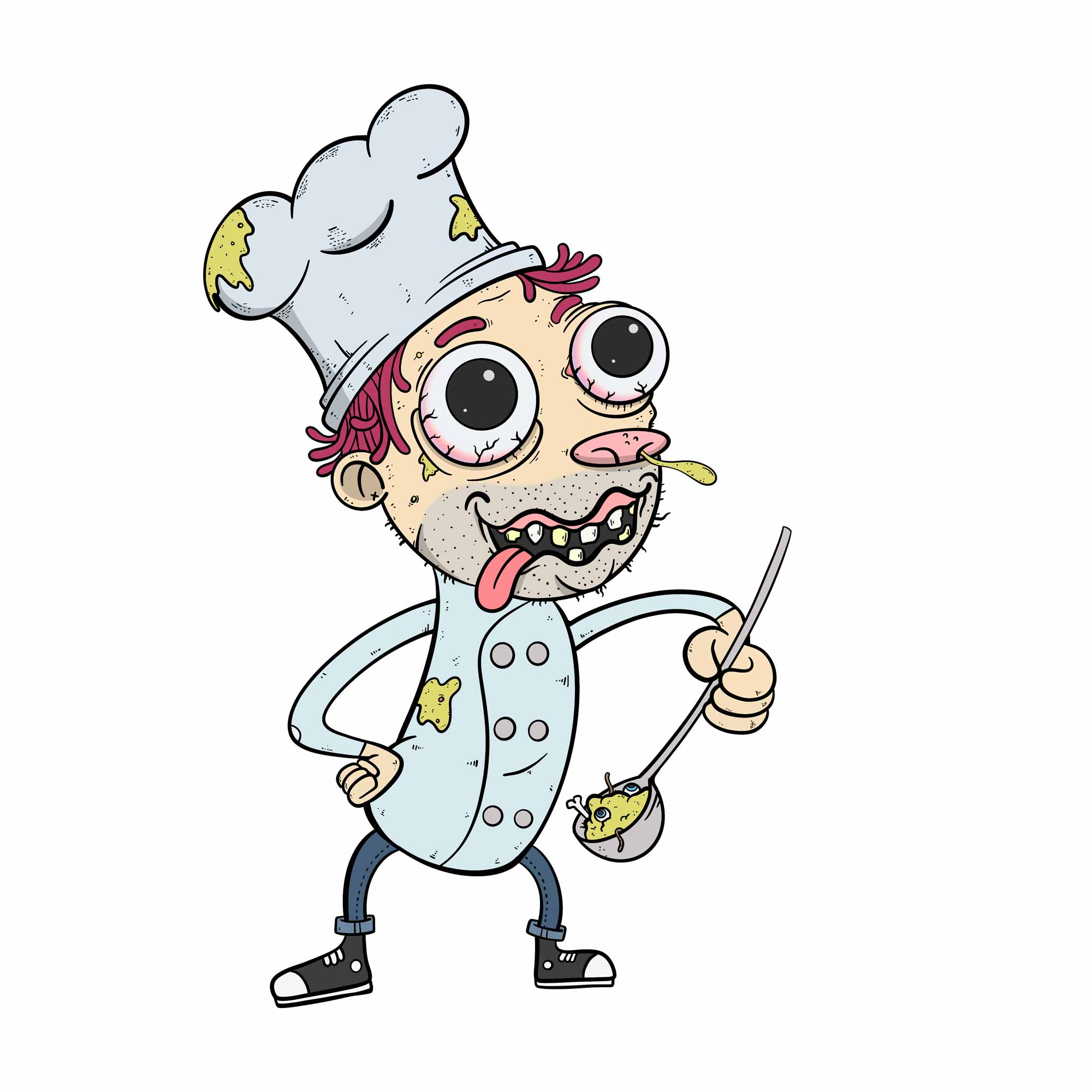 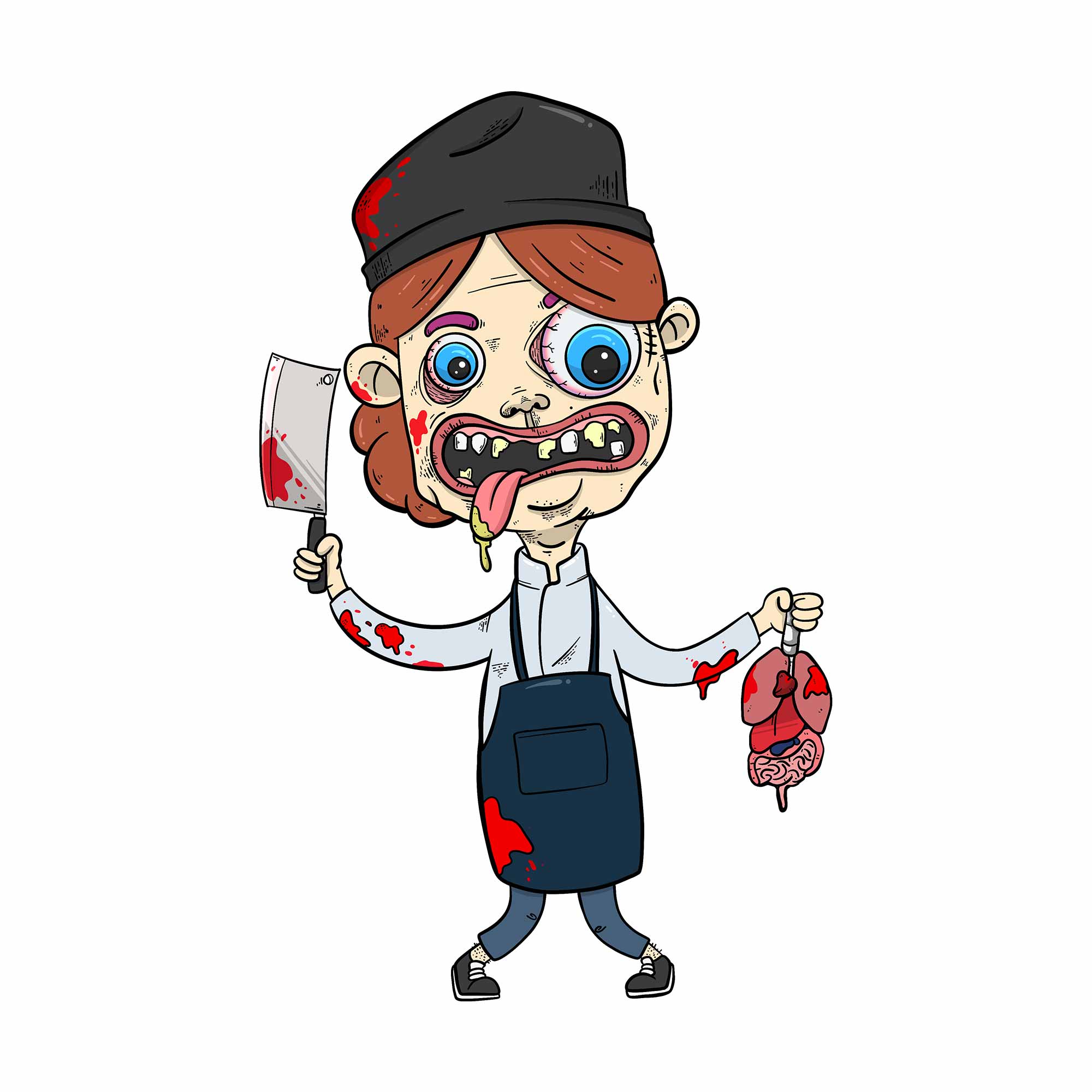 HI ALL, I’M BECKY BARF AND MY HEART IS IN THIS FOOD. 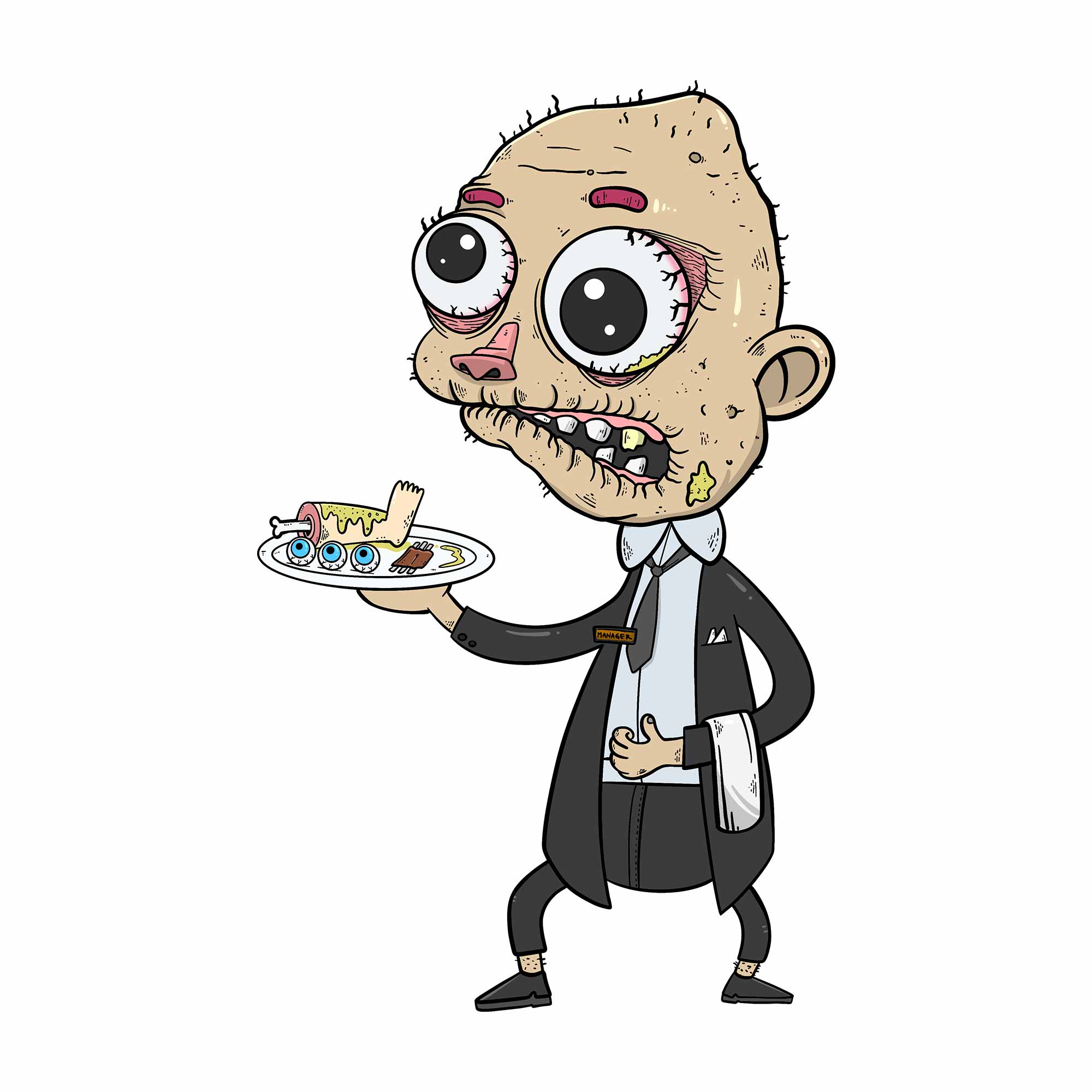 I’M IN CHARGE AND CAN GET YOU INTO THE VIP AFTER-HOUR PATIO PARTIES IF YOU PLAY.

DINING IN STYLE AND ELEGANCE ON THE MOST DELICIOUS FLESH AVAILABLE IN THE UNIVERSE.

An Ode To A Classic

During the first interview with Scott Trotta he told me about the “To Serve Man (The Twilight Zone)” and its similarities to Cannibal Cafeteria. So this is my ode to this classic.